This playlist, by Ohad Ben-Ari, is the first in a series of articles that we will be publishing in English over the next several months. We’re working on getting a complete English-language edition of VAN up and running – hopefully by the end of the year – and these articles will accompany the process. Ohad is a pianist, composer, and founder of the ID Festival Berlin, which will take place at the city’s Radialsystem venue from October 16th–18th. Here’s what he has to say: 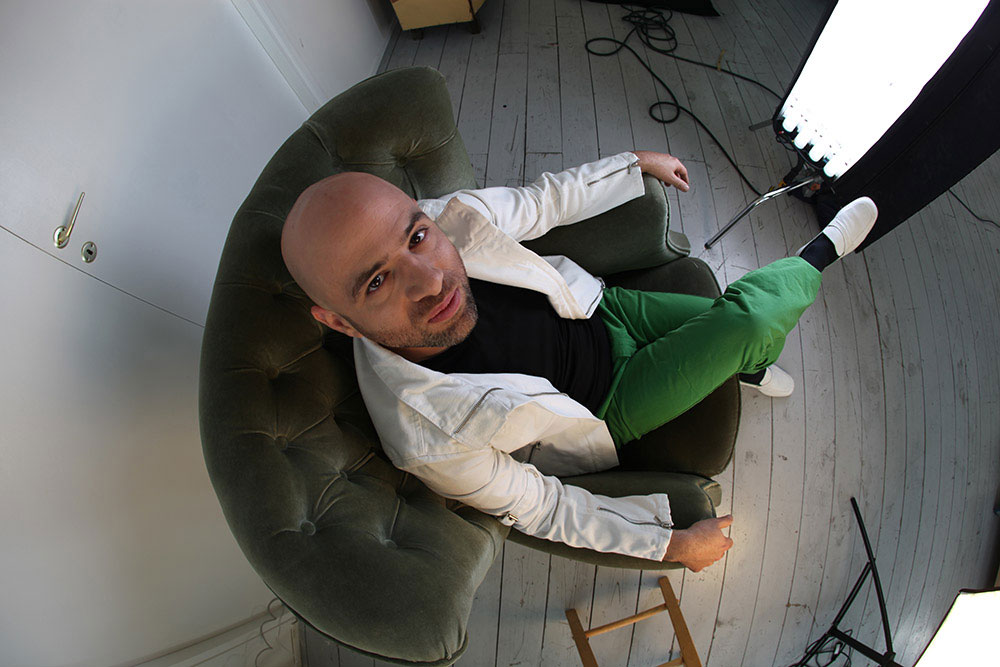 The ID Festival Berlin is a new art festival that I have founded in Berlin. The goal of the festival, aside from presenting the works of Israeli artists living in Deutschland (hence the name »ID«), is to explore questions of identity present in the works of individuals who choose to live in a land that was once very hostile towards their people. For this reason, I chose a list of works along with some stories behind them that suggest various interpretations of the word »identity«:

Frédéric Chopin’s nationality – was he French or Polish? – has been a subject of much contention. The fact remains that we know little about how he viewed his own national identity.

Gustav Mahler chose to convert to Roman Catholicism in hopes of becoming the director of the Vienna Opera, a position that was closed off to Jews. This process probably did not cause him much internal conflict, however, since he was rather agnostic, and paid little attention to his ethnic identity. While converting did get him the job he wanted, Mahler remained an object of much antisemitic discourse and critique.

Leonard Bernstein, who played a major role in the revival of Mahler’s music in the 50’s and 60’s, did not talk openly about his sexual identity. Whatever reason he had to live a life of deception, Bernstein remains a genius, role model and legend. The case of Benjamin Britten, however, is slightly more complicated, as the British composer is now suspected to have been attracted to underage boys. This knowledge shines a new, eerie light on his many works featuring boys‘ choirs. It doesn’t, however, make Britten’s music any less beautiful

Some notable composers changed their composing styles quite radically, thus assuming new musical identities. A prominent example is Arnold Schönberg, who had a promising start in a post-Wagnerian idiom before undergoing major stylistic shifts. Schönberg must have felt that the romantic era had exhausted itself and that change was necessary. Unfortunately, his bet against history – the prediction that »milkmen will whistle my tunes like Puccini’s« – hasn’t quite come to fruition yet.

Not only composers change their identity; compositions can change theirs, too. Musical arrangements are where different worlds meet: Eastern becomes Western, antique takes on the shine of the new, religious and secular mix in together. That’s certainly the case with this jazzy arrangement of a religious Aria, which, in my opinion, preserves all the sacredness of Bach’s original.

»The Organ Symphony«, the name that Saint-Saëns gave his third Symphony, suggests a religious or spiritual identity that resonates even before one hears the work’s first note.

It is a not uncommon view that some genius artists were prone to psychiatric disorders. Schumann, for instance, suffered from reoccurring depressive episodes. Nonetheless, his invention of the dual alter-ego characters Florestan and Eusebius – a representation of the active and passive aspects of his personal identity – was less a sign of a mental pathology than an indication of a very advanced understanding of the human psyche.

Gender switching is common in the medium of opera. Figaro’s Cherubini and Fidelio’s Leonore both feature exchanges of gender and identity. In Der Rosenkavalier, Richard Strauss takes it a step further: Octavian, a young male character played by a female singer, is having an affair with a married woman – and has to dress up as a girl to avoid getting caught.

Music and cinema can sometimes bond so strongly that a piece of music featured in a movie is identified later primarily by the film. This is the case with Umberto Giordano’s »La Mamma Morta,« also known as »The Aria from ›Philadelphia›«:

In the 20th century, art became a powerful tool of propaganda. During the communist regime in Russia, Prokofiev and Shostakovich toggled their creative output between works that aimed to please party leaders, and works that did the exact opposite. Alongside them, another composer was questioning his political identity, the lesser-known Weinberg.

Political art can also be used positively, advocating for love and peace. In the post civil-rights era, at the peak of the protests against the Vietnam war, America was ready for a song that transcended the borders of social and racial identities. ¶